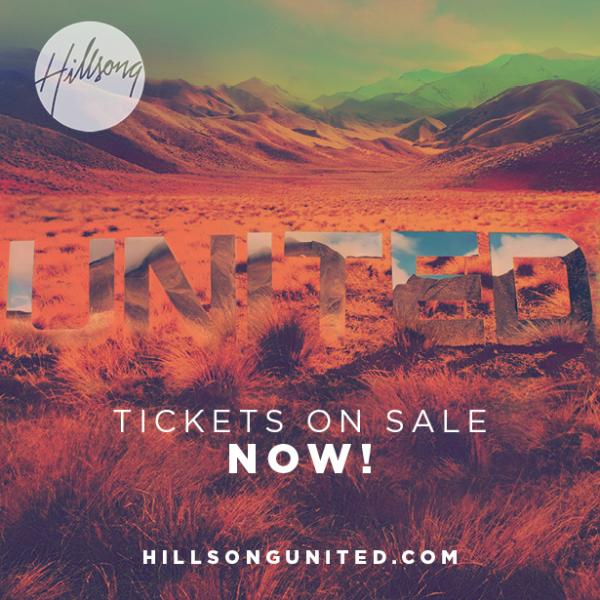 Line up subject to change city to city.
Details

Australian Worship Group to Return to U.S. for Fall Tour

NASHVILLE, Tenn. (July 23, 2013) – During a three-week period in June, Hillsong UNITED stopped in 12 cities throughout the U.S. and performed their “Welcome Zion” tour in front of more than 80,000 fans – a record-breaking total for the Australian worship group.

Playing audience favorites such as "From The Inside Out" and "With Everything" as well as popular songs from their latest studio album, “Zion,” Hillsong UNITED sold out shows in Phoenix (Grand Canyon University Arena), Dallas (Verizon Theatre), Denver (Red Rocks) and Chicago (Sears Centre Arena), averaging almost 7,000 people each night.  The group’s performance in Los Angeles at the Hollywood Bowl welcomed more than 15,000 fans alone.

“We remain amazed at the response from our latest tour in the U.S. and how many came out to worship our Lord and Savior with us,” said Hillsong UNITED member Joel Houston. “We were excited to have performed at some pretty famous venues – but our goal remained the same – that He is made famous, and that everything we do brings people closer to God.  Of course, we also had some fun along the way.”

Hillsong UNITED plans to return to the U.S. this fall for 10 additional tour stops including Boston, Atlanta and Miami as well as a stop in Canada for one show. These appearances will be highlighted at the first-ever Hillsong Conferences held in New York City on Oct. 4-5 at Radio City Music Hall, and in Los Angeles on Oct. 18-19 at the Nokia Theatre.

Hillsong Conferences are bringing people of all ages together who are passionate about the call of the Kingdom of God and have already stirred massive interest around the globe, originating in Sydney, Australia, and stopping in London before arriving in the U.S.  Created to “refresh, inspire and strengthen unity amongst the diversity of the local church,” Hillsong Conferences will be hosted by Hillsong Church Senior Pastor Brian Houston. For more information on Hillsong Conferences please visit http://hillsongconference.com/usa

UNITED is a worship band that originally rose out of the youth ministry of Hillsong Church in Sydney, Australia. This progressive worship band is a global recording and touring entity sent out to share the ever-evolving worship music of Hillsong Church to an international audience through live performances and records. UNITED desires to see a generation across the earth awakened to real love, rising up with hearts as one and finding value in the broken, hurting and lost connecting with Jesus.

Releasing their first album in 1999, UNITED has toured six continents and 42 nations since 2006. The touring entity of UNITED has made a huge wave in the United States as they became the first Christian artist to ever sell out Los Angeles’ Staples Center last year. In addition to the Staples Center, UNITED has also sold out major venues in Seattle (ShoWare Center), New York (Hammerstein Ballroom), Atlanta (The Arena at Gwinnett Center), Miami (BankUnited Center), Dallas (Music Hall) and two back-to-back sold out events in Boston (Orpheum Theatre).